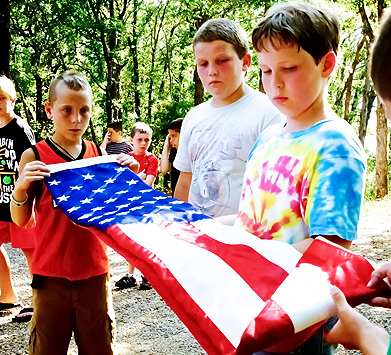 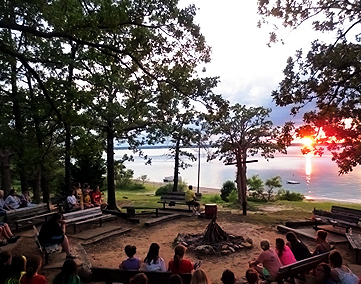 The Mission of Straight Arrow Camp has been the same for 60 years — to provide boys and girls with both physical and spiritual development and training, in a summer camp environment. The goal is to instill a sense of values and responsibility at a time when much of what they see and hear teaches them the opposite. It is through this that we hope to have an impact on the lives of our youth – to help them become strong, well rounded adults who see the world around them in a responsible light. We strongly feel that the training of youth today will significantly impact their future world in a positive way.

Straight Arrow Camp is a non-profit Private Camp located on the shores of Lake Texoma in Pottsboro, Texas. Situated among 50 acres of beautiful trees on Corps of Engineers property, the camp hosts its own summer camp and leases camps throughout the year with retreats. The camp was established and incorporated on April 23, 1953, as a non-profit and noncommercial organization. Straight Arrow Camp is staffed entirely by volunteers.

Straight Arrow Camp is debt-free. The camp is not funded by any group, church, or organization. The camp operates strictly from registration fees charged to the campers from our summer camps and year-round retreats. All donations are accepted and appreciated and are tax deductible.

Our Camp is run by a dedicated staff of ministry minded Christ followers. All staff at Straight arrow are Volunteer Professionals. Doug Branch is Camp Director and has been involved with the camp for over 45 years. Doug attended some of the first Straight Arrow Camp events and earned his own Chief War Bonnet many moons ago. Jan Branch is our dedicated Registrar and Camp Administrator. Tina Trousdale is Assistant Camp Director, also involved with the camp since early childhood and a Member of the War Bonnet Chiefs. The Board of Directors consist of Doug Branch, Jan Branch, Lee Hammond, Eddie Rose, Karen Fezzey and Miller Hammond. The committed Board members serve to continue the camp’s mission and continue the legacy. Several members of our Board are members of the War Bonnet Chiefs. Additionally, the 4 week camp sessions in the summer are staffed with volunteer counselors that have a passion for the Camp’s mission and purpose. Each counselor has a special connection many of which have 2-3 generations of family members volunteering and supporting Camp Straight Arrow. 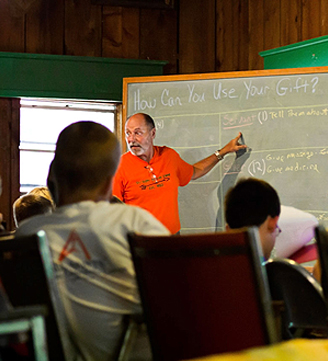 The Legacy of Camp Straight Arrow reaches far back in time with our founders, Jess and Maxine Jackson. Jess had a vision of bringing children to a closer relationship with God in an outdoor setting. Providing a consistent summer event that solidified that relationship continues to this day. Campers that achieve a 9 year commitment to camp receive an Honorary Chief War Bonnet. Our War Bonnets are purchased from a local Native American Tribe and provide an authentic reminder of camper’s time spent here. The Legacy stretches clear across the Globe. Honorary Chief War Bonnets sit on display in corporate offices, homes, college dorms. Deeper even so, the Legacy of bringing children into a personal relationship and commitment to Christ has reached numerous lives over the years. We will never be able to calculate the impact of Christ in the lives of the campers. The Legacy continues every summer. Come join us! 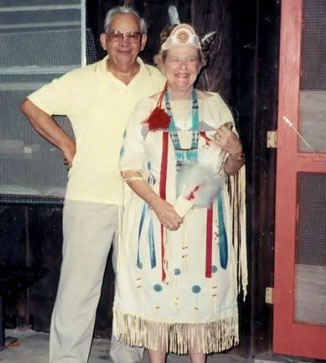 Parents: You now have the option to send your 6th grader to the senior camp, the junior camp, or both.

The Straight Arrow Christian Camp fee is $350. This fee includes a camp t-shirt and a tribe photo. Upon registration you can either pay the entire fee of $350, or you can pay a registration deposit of $100. If you choose to pay the $100 deposit, the remaining portion will be due before camp starts. For multiple children in the same family, the cost below is in effect.